The COVID-19 crisis may have put a stop to millions of sports events, work conferences and meet-ups across the world, but it has not halted those in the cryptocurrency space.

The Coinfest Conference, which runs until April 4, has found a way to defy the coronavirus lockdown by setting up shop in the digital blockchain realm of Decentraland.

The first day of the virtual conference kicked off on March 30th, beginning with a round of games that offered users the chance to win MANA tokens — one of Decentraland’s native currencies.

Nearby museums and art galleries (seen below) offer visitors the chance to take in original art exhibits hosted within the virtual realm. 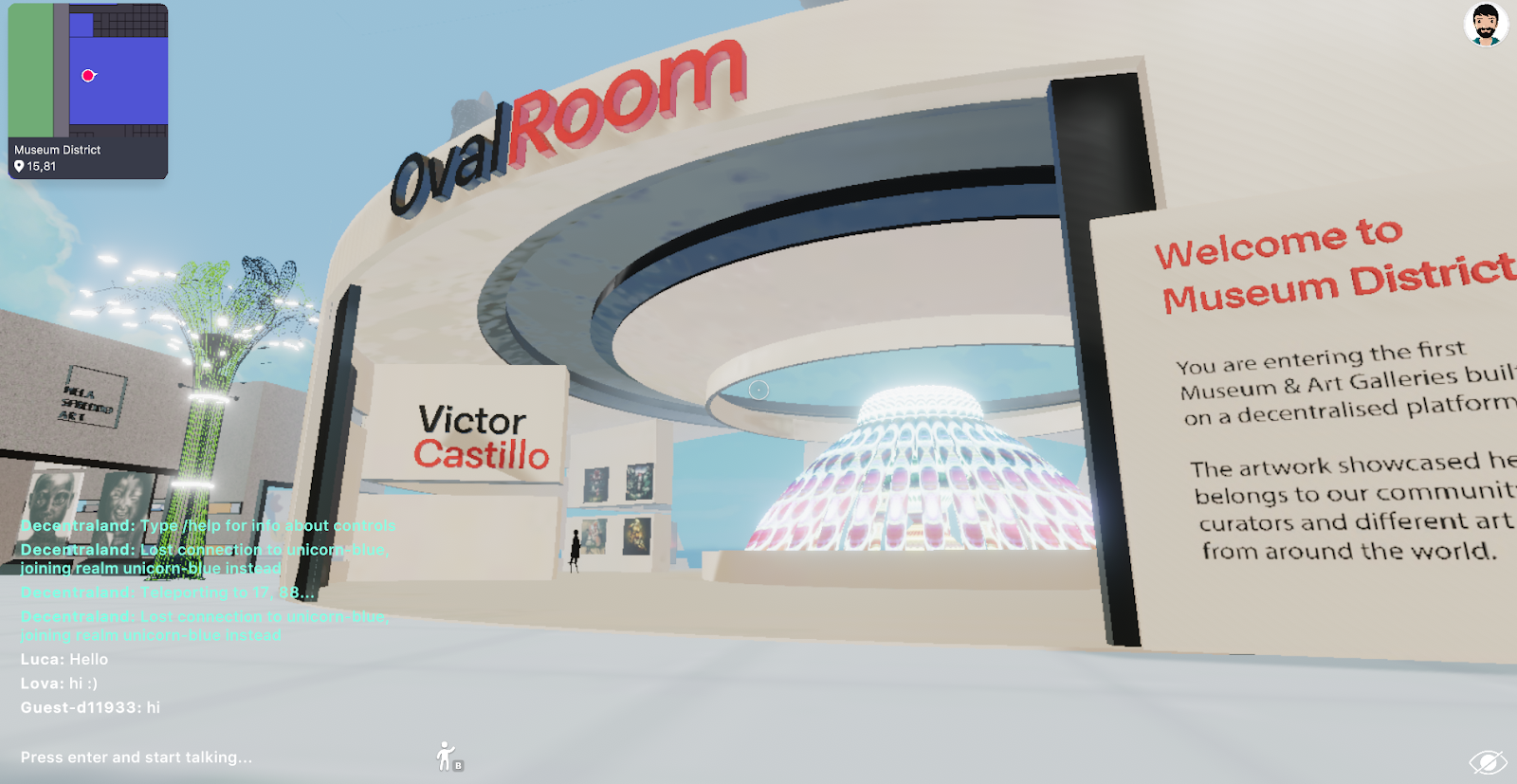 In-world screenshot of the Museum District

April 1 sees attendees relocate to coordinate point (61,-27) to Decentraland’s MetaZone, described as a “virtual fairground […] with fireworks, food stalls, gazebos and gardens.” The main attraction will be a four-story tall tower of blockchain games, with players given the chance to win more MANA tokens.

The third day of the conference takes place across multiple coordinate points, including a nightclub, the Sugar Club. Also open for visitors is free entry to Ross Tower — a digital tribute to imprisoned Silk Road founder Ross Ulbricht. Five venues in total will comprise the landscape for a treasure-hunt, with winners being rewarded with Ether (ETH).

The final day of the event takes place at the Decentraland Conference Center on April 4, where presentations will be made via a virtual projector. Nearby attractions include a meditation garden, a temple and a theater district. A dance party has also been scheduled for 5pm UTC at a nearby cafe. 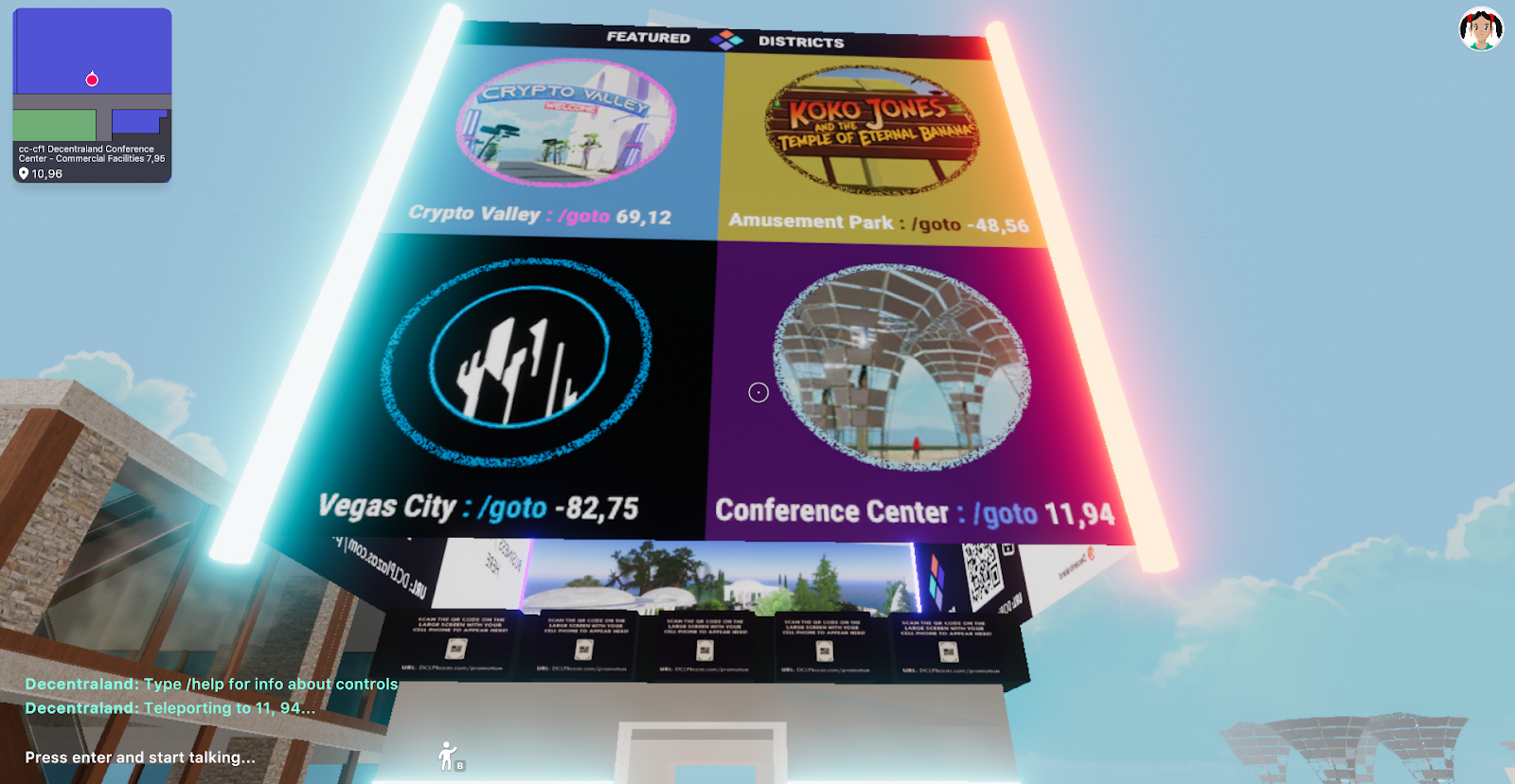 In-world screenshot of the Conference Center

The Coinfest Conference is a free annual event that normally runs in multiple locations around the world simultaneously. On March 17, the creators of the event notified followers on Twitter that all event locations hosted in Europe and North America would be canceled due to the coronavirus lockdown.

The hosts initially hoped the Africa-based locations would still go ahead, but by March 21 it was announced that those too had been canceled.

Decentraland (MANA) launched in 2017, and comprises over 90,000 “parcels” of digital land — represented by LAND tokens. The dimensions of those parcels are 10 square meters, equating to a virtual landscape that’s 9 square kilometers in size (not including vertical space).