The NEDO, Japan’s largest public management organization that promotes research and deployment of industrial and energy technologies, is reportedly developing a blockchain-powered project to streamline the infrastructure for trade information sharing.

The organization is operating under the instructions of its parent body, the Ministry of Economy, Trade and Industry (METI).

The project, dubbed “Development of Infrastructures for Creating New Industrial Models Taking Advantage of IoT” aims to establish an infrastructure system that will digitize and enhance the process of logistics data sharing between trade entities, such as shipping companies, brokerage operators, port authorities, banks and insurance companies.

Specifically, the project intends to explore a more efficient and accurate system of sharing data by replacing the current processes that use paper-based media or PDF files. According to the official press release, these processes require expensive and time-consuming manual work, such as checking for errors and redundant data inputs. 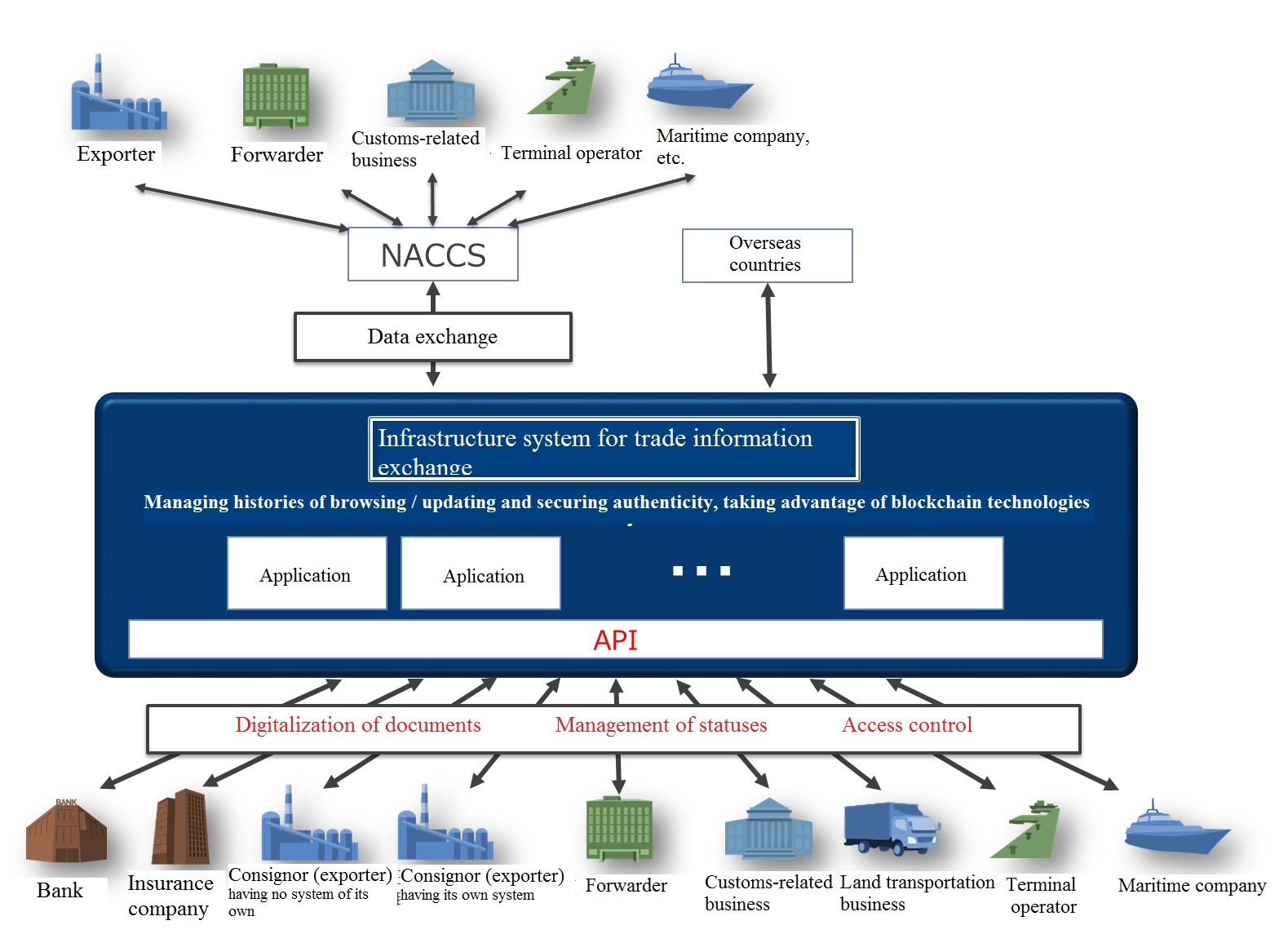 Overview of a new infrastructure system for trade information collaboration.

The blockchain project by NEDO is a joint venture conducted in partnership with Japan’s NTT Data, one of the largest IT companies in the country. According to NTT’s press release, the company also plans to introduce social implementation of the new infrastructure platform during FY2019, in order to boost the global supply chain.

Earlier this week, one of the largest law enforcement agencies in the U.S., the Customs and Border Protection (CBP), is about to launch a live test of a blockchain-based shipment tracking system.

Also read: Iran’s National Cyberspace Center has revealed that the draft of the state-backed cryptocurrency project is ready