Tether (USDT) has issued new tokens worth $50 million on August 11, according to block explorer OmniExplorer.

In late March, Tether had released 300 mln USDT tokens priced at $1 per token.

Over the past 30 days, Tether’s market capitalization lost around $300 million, down from $2.7 billion in mid-July to the current $2.4 billion, according CoinMarketCap. 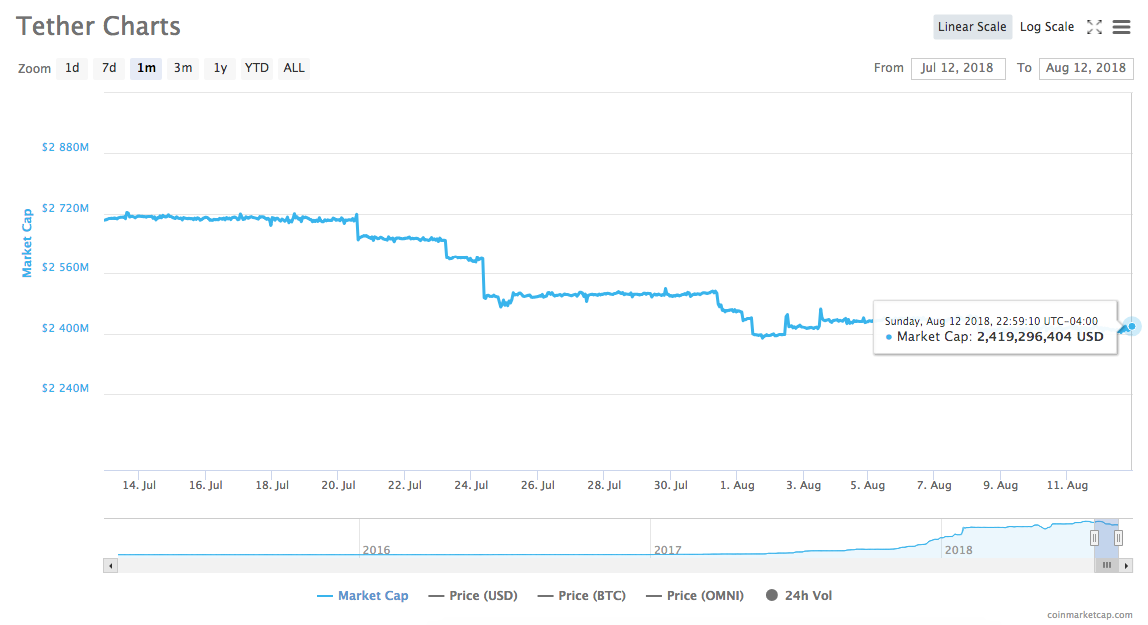 Tether is now in second place after Bitcoin (BTC) in terms of highest daily trading volumes, seeing $4.2 billion in trades a day or 28.16 percent of all crypto trades, while Bitcoin’s average 24-hour trading volume is $5.7 billion, or 38.62 percent.

Crypto exchange Bitfinex, which is the seventh ranked crypto exchange by 24 hour volume on CoinMarketCap, shares leadership with Tether. Both companies have come under fire for lack of transparency, as Tether’s USDT tokens claim to be backed one-to-one by USD, yet the company has yet to submit to a public audit.

On June 13, Tether again faced criticism following a study that blamed the company for Bitcoin price manipulation back in 2017. According to the research, Tether’s transaction patterns show it was “used to provide price support and manipulate cryptocurrency prices.”